For a long time, marijuana enthusiasts have fought for acceptance of marijuana use in mainstream society, but when Jake Salazar, the CEO of MMJ America, won the election at the board of directors to the Denver Hispanic Chamber of Commerce, those dreams came closer to fruition. In fact, while Washington and Colorado have legalized marijuana, 10 other states have started moving in the direction of legalization.

The new appointment with Salazar directs the marijuana industry in the right direction. It also earns them recognition from the business community. The Hispanic Chamber of Commerce represents a large number of businesses including:

Salazar says when he still owned his own real estate business, marijuana users dealt with a lot of taboo surrounding their hobby. Salazar talks about how he sold homes during the day and harvested and fed marijuana plants at night. At that time, political conversations surrounding weed were more hushed up. Everything had hearsay, but nowadays, almost everyone talks about marijuana legalization and how it should be accepted.

Colorado saw a rather high agreement for legalization where it passed with 55 percent support. Still, we have some demographics of the population against the legalization of marijuana statistics. According to the Pew Research Center, Hispanics have been less supportive of the vote to legalize marijuana than other races. In particular, those born outside the US are even less likely to support it, so it could be a cultural difference. Meanwhile, African Americans and whites have seen 59 percent support for legalization.

Salazar continued by saying that while we have seen remarkable progress in the push for legalization, the work to be done should not be underestimated. It took a long time for Salazar to get nominated for his position, and marijuana has not become as mainstream as some people want to believe. Still, it's come a long way from before.

A key effort in the battle to legalize weed will be about ensuring the political winds blow in the right direction. In particular, the recent comments from the Attorney General, Jeff Sessions, about legalization were concerning. Salazar says we have to continue to work on the political angle and make sure voters support legalizing weed. Salazar finished in saying that we have support from both the Democrats and the Republicans. Nevertheless, if we hope to win this hard-fought battle, we will need our politicians to take a stand for us. 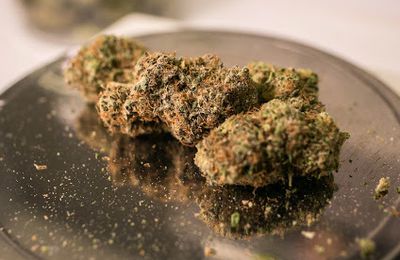 This is my first time i visit here and I found so many interesting stuff in your blog especially it's discussion, thank you.

Just admiring your work and wondering how you managed this blog so well. It’s so remarkable that I can't afford to not go through this valuable information whenever I surf the internet!

Look for a reliable as well licensed medical marijuana doctor that’s been practicing this field for years. LicenceToGrow.ca that medical marijuana would help cure your problem, get yourself a Licence to grow Marijuana.